NAHKO & MEDICINE FOR THE PEOPLE

Some people go a lifetime without knowing their mission in life, without feeling they have true calling, and without knowing why they even do what they do. Nahko is not one of them. And that calling and mission has never been clearer than it is on Nahko and Medicine for the People’s third full-length album, HOKA (SideOneDummy Records).

On HOKA, Nahko’s voice is strong. His mission is clear. The mandate has been thrown down. “Hoka is a Lakota word, an indigenous tribe from the Great Plains, it is a call to action. It’s what Crazy Horse would say when he went into battle, ‘Hoka, hey!’ My call is to put action to the words that I speak and the lyrics I sing. Not just to talk, but to do,” says Oregon-born singer/songwriter Nahko, who is of Puerto Rican, Native American (Apache), and Filipino descent.

“This is the soundtrack of the movement for a better planet,” he continues. “I want to challenge myself and others to make a change.” “Hoka,” which is the intro to the first track, “Directions,” is one of the album’s many song intros used as a way to round out the storytelling on the tracks. “On this intro, my uncles are chanting the lyrics to ‘Directions’ in Lakota, and the three female voices include a clairvoyant, an astrologer, and a friend who all had important messages for me that are a big part of my story,” he explains.

It’s been three years since the Los Angeles, California-based Nahko and Medicine for the People’s last record, Dark As Night. That release reached No. 4 on Billboard’s Top Alternative New Album, No. 6 on the Heatseekers album chart, No. 36 on the Top Independent Album chart, and No. 7 in Australia on Triple J’s Top 10 Roots Albums of 2013. Nahko and Medicine for the People gathered more members of their global tribe of like-minded fans as they spread their powerful and impactful musical message on tour with such acts as Michael Franti, Xavier Rudd, SOJA, and Trevor Hall, and on festivals including Outside Lands, Electric Forest, Wanderlust, Bumbershoot, California Roots Music Festival, Byron Bay Blues & Roots Festival, and many more. 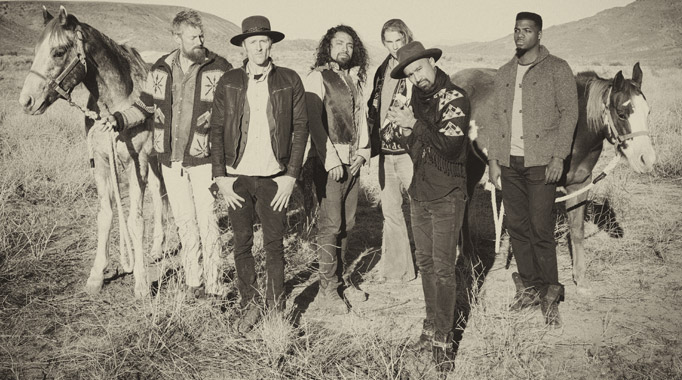